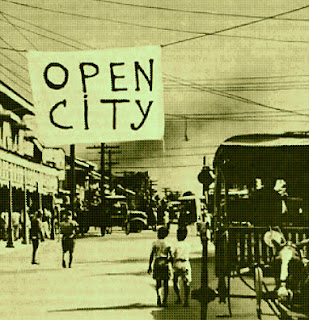 Arrivederci! Tom yelps, waving his mangled hand, projector strapped to scooter as he angles off into the juttering night. “Open City” would’ve been our next feature, but our chalet’s been flattened, the errant bomb meant for the red cross clinic one valley over, where Il Duce, it’s rumored, though still hanged, rests and recovers. Tom’s Nurse Nell’s beau: she’s spy, cinephile, assassin, esthete, mender-fixer, and now film star: thirty feet high without the screen, in a costume a cross between a nurse’s and ninja’s, wielding both scimitar and scalpel. Warplanes zoom past, weapon bays closed—the bombardiers salute her. 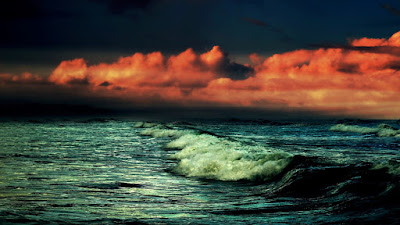 This is Not a Ghost Story

The last rescue chopper clambered upward, mud and wet sand skidding in its wake. It aimed for the mountain, half of which had slid into the sea and buried a mile of highway.

We held hands and sung round a bonfire. I’d come with Natalie but when the music ended the woman standing beside me wasn’t my wife.

Her name was Wendy, and she wore a bridesmaid’s pink balloon-sleeve dress. It trailed in the sand as we passed a listing wedding canopy and rows of empty folding chairs.

We entered a restaurant-cafe still strung with streamers and paper lanterns. An upright piano, drum set, double bass, and electric guitar stood on a small bandstand. People huddled on cots and in blankets on the floor. They looked dazed and exhausted but otherwise unhurt though a few medics still circulated among them.

We took a corner booth. A waitress came with Red Cross sandwiches and coffee. Wendy told me she was maid of honor, and I said my wife and I had gone camping and didn’t know about the wedding. 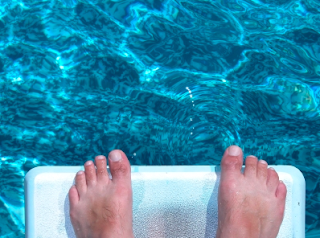 Tremors, mudslides, and fires again set records this summer. But the shrewd investor can always spot new opportunities—especially in disaster.
One interest of mine was buying distressed properties and then restoring and flipping them. I trusted Jackie, my realtor, who also oversaw the renovations; real estate was just a sideline with me—I speculated in foreign commodities—and I rarely interfered or even visited the properties.
But curious about my latest acquisition, I attended the open house.
The once elegant seaside neighborhood, prone to mudslides and quakes, had been in decline for decades. As usual, Jackie did an excellent job restoring the plaster and medallion moulding, chandeliers, marble fireplaces, and floral wallpaper.
The house was a large 1920s Italianate residence, once owned by a famous movie director. Tragedy and scandal marred the director’s short if brilliant career. Tried and convicted of statutory rape, he slit his wrists in the bathtub rather than face prison. Jackie … 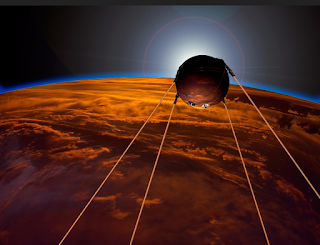 The world’s first satellite has just been launched, and my brother, tuned in last night to the shortwave radio he and my father built, shakes me awake at dawn.
“Weather conditions for a perfect launch are now.”
I dress quickly and hurry downstairs where we grab our new diamond Hi-Flier from the hall closet.
The neighborhood’s quiet, a few stars still out. Our kite rises and aims toward the treetops at the end of the block. Jerking the bobbin in one hand, he reaches in his jeans pocket with the other.
“Here’s a quarter. Go to Pressman’s and buy more string.”
My brother Jerry’s fourteen and I’m seven. Pressman’s is the corner grocery/variety store. The kite flutters and dives toward the treetops; my brother yanks the string and it reels upwards again.
“Go!” he yells.
I race down the street. I catch Mr. Pressman, whose family lives above the store, unlocking the front door. Dodging him, I grab a bobbin of string by the kite-bin and rush to the counter.
…